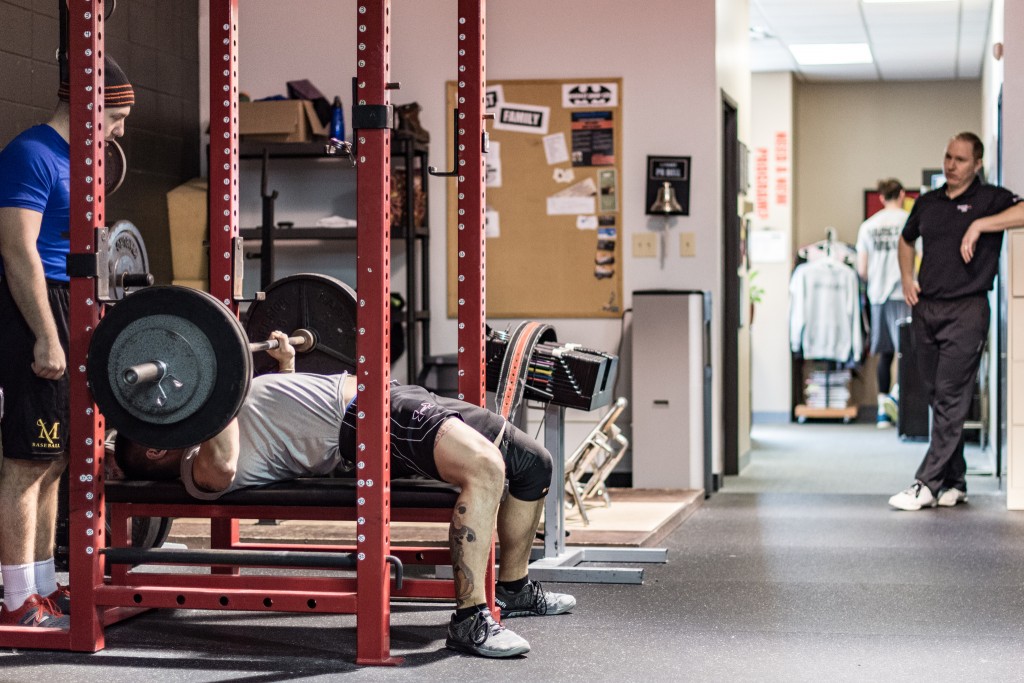 I’ve been asked this question a few times in regards to bench pressing and Crossfit. More than likely because we don’t see the bench press utilized in the Open, Regionals, or the Games. Or because a fellow crossfitter proclaimed you shouldn’t bench for that exact same reason. Well my response is simple. Rich Froning bench presses once a week! And, we probably will never see the bench press in competition, as well as the back squat, because of its need for a spotter and inability to dump the bar on failed attempts. Is the bench press functional and serve a need in CrossFit??? Heck yes it does!

Just as the squat is the king of lower-body excercises, and the deadlift the emperor of total body excercises, the bench press is at the top for its ability to develop overall strength in the upper body; chest, shoulders, and triceps. The bench press allows the lifter ( particular the novice lifter) to move heavier weights with the arms than any other exercise. Does this translate to other movements we do perform in Crossfit? You bet it does!